On August 10, the Friday after my father died, I was walking up the steep hill on Abbott Street to buy a few copies of the local newspapers wherein his Obituary would appear. The sky was overcast, and a slight drizzle had begun to fall. Needless to say, I was heartbroken, knowing I would never again see his face or hear his voice. I naively asked God for a "sign" that he was in Heaven.

No, the sun didn't suddenly come out from behind the clouds. But as I prepared to cross Main Street to the Turkey Hill convenience store for the newspapers, I looked down and, there on the road, in a puddle of water, was a penny. When I saw the date, I knew everything was good.

1971. The year I had dropped out of college, left home, returned, finished my degree, and got married. A year when the person who understood and supported me throughout my turbulence and never doubted me was, of course, my father. A penny from heaven? Why not . . .

Then, last night, or rather this morning before awakening, I was blessed with a dream that not only solidified my belief that both my mother and father are in the arms of the Lord, but brought me such peace as I haven't felt for a long while. For there they were, sitting together at a banquet table, dressed in the clothes they wore to my daughter's wedding in 1995. They were smiling, though looking away from the camera, towards somewhere in the distance.

My lucid dreaming is more of a curse than a blessing, and my poem, "Oneironaut", only scratches the surface. But for once I received a gift-dream, a message of consolation mirrored in the banquet described in Isaiah 25:6-9.

The Greek poet Aeschylus wrote: "Even in our sleep, pain which cannot forget / falls drop by drop upon the heart, / until, in our own despair, / against our will, / comes wisdom / through the awful grace of God." 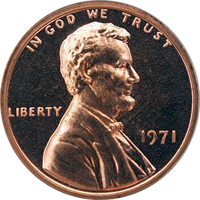 Our plane has taxied. We are next in line.
As the engines start to thunder,
my pleasure is, as usual, alloyed
with some misgiving and a little dread.
This nifty seat of mine,
explains the video, can be deployed
to float, in the event we all go under
(Hello! We'd all be dead
before we even hit the sea). “I’m fine,”

I tell my fellow traveler who eyes,
with mounting apprehension,
the barf bag on my lap, “I never use it.”
Babies start to wail, as if they know
dad’s grin is a disguise.
Across the aisle, in order not to lose it,
a lady clasps a rosary – the Ascension
(as glorious mysteries go)
the perfect trope. We reach the friendly skies.

The captain’s voice informs us as we climb,
of altitude and weather;
predicts we’ll be in Uruguay by morning,
assures us of an uneventful flight.
It’s certitude that I’m
suspicious of. Without a word of warning,
turbulence may fling us like a feather
into the maw of night,
beyond this levity. Past space and time. 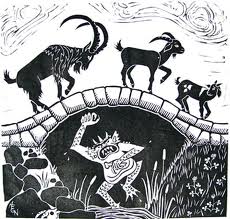 Billy Wrote Gruff
(in response to "Sonnet" by Billy Collins)

No, Billy, you're mistaken. I don't need
to limit to fourteen my sonnet's girdle
(it isn't like a Laureate to mislead).
I'm sure you've read a Hopkins curtailed curtal
and heard of Milton's grand caudated form.
Another thing. Those bongo drums. You must
know even Shakespeare disobeyed the norm
from time to time (I bet you would have cussed
him for a dactyl). With your launching, you
would have us think a sonnet has to speak
of love (What hadst thou Donne?) And though it's true
theh sonnet aims for clinchers, your critique
is ghastly. Lastly, Laura's horny plea —
why did you have to say such things and spoil it?
Had Petrarch written his great verses free,
she might have flushed them down her ersatz toilet.
And Spenser's had a horrible reaction:
he's rolling in his grave. Please! A retraction!

"For Always" sung by Josh Groban

My recently published book of sonnets, This Sweet Order, is now listed at Poetry Daily's website. It is available through Poetry Daily, Amazon and, of course, White Violet Press.

My first full-length collection, Lines of Flight, is available through Able Muse Press, Amazon, Barnes and Noble and the Book Depository.

Review of "This Sweet Order"

A review of my chapbook of sonnets, This Sweet Order (White Violet Press, 2012), has been published at Switchback HERE .

It's interesting to note that the two "blanks" mentioned in the review, "Writ" and "Missing" were, respectively, nominated for the Pushcart Prize and among the finalists in the 2008 Howard Nemerov Sonnet Competition.


Some recent acceptances and upcoming appearances of my work:

Still waiting to hear from the following journals where I have submitted recently: The Hudson Review, Measure, Antiphon and CanLit. Keeping my fingers crossed!

Finally, have just put the finishing touches to my second full-length collection manuscript, title pending, which I will be sending "out there" to find a home in the Fall of this year. Sixty-five poems in various forms, including one sonnet sequence, a cento/sestina, a pantoum, ten translations (from French and Spanish), a "light" section, and much more. The cover is fabulous and I've received permission from the photographer to use it.