It's X.J. Kennedy Parody Award time again!  I'll be sending in three this year. Wish me luck! By popular request, here is my finalist poem from two years ago, "Pack Rat", a parody of Edna St. Vincent Millay's "Renasacence".  Enjoy! 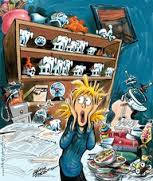 Over these things I could not see
For bins and boxes bounded me.
I tried to touch them with my hands—
Those giant balls of rubber bands,
Those Wallabees I never wore,
Those doodads from the dollar store!

But sure the floor is there, I said:
Somewhere beneath the sofa-bed;
I’ll get down on my knees, and yes,
I’ll look my fill into the mess.
And so I looked, and sure enough,
Beneath a pyramid of stuff,
Between the window and the door
I came across a patch of floor!
Big deal! I thought, in no time flat
I’ll manumit the welcome mat!
I’ll advertise an open house!
Then all at once I spied a mouse. 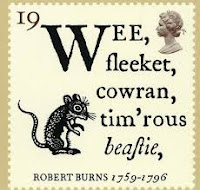 I screamed, and —lo!— the murine froze
Then scurried up a pile of clothes.
I tried to bash him with a book,
A homemade cosh of Life and Look.
My cats joined in the raucous blitz,
My dogs joined in but called it quits;
I stumbled over cans and crates
Of grub with old expiry dates,
Until it seemed I must behold
Agglomerate made manifold.
I set a cheddar booby-trap
And lay down for a midday nap.
I dreamed of empty Mason jars,
I saw garage sales, church bazaars;
Who should appear to plague my snooze,
But Mickey shitting in my shoes!

I saw and heard and knew at last
I’d have to clean up good and fast;
I’d have to go through every heap,
Decide what I would cast or keep.
My Universe, cleft to the core,
Would smell of Lysol evermore!
I fain would toss what some call trash,
Delete my history and cache;
But never in a million years
My Philco with its rabbit ears.
I would not, —nay! ‘Twas too unfair
To throw away my teddy bear.

All hoards were of my hoarding, all
Redress was mine, and mine the haul
Of every ragman; mine the job
Of every slattern, every slob
Who, in their spurn of suds and soap,
Depend upon a forlorn hope.

I said it mattered not a jot,
But each bag held a second thought.
I was attached to all my things
With miles of multi-colored strings.
I filled a burlap gunnysack,
Then wept and put each item back.

A sad girl dressed in dark Capris
(those pants that end below the knees)
Went shopping on Rodeo Drive,
Bought thirty thongs then came alive.

A man with melancholy eyes
Amassed a treasure trove of ties,
Dependent on his silk cocaine.
I knew the feeling, felt his pain.

No ache I did not feel, no twinge
I could not share. Each jag, each binge,
Each blowout sale, each dumpster was
An avatar of Santa Claus.
All obloquy was mine, and mine
The ordinance to toe the line.

Oh, awful burden! Yin and yang,
Mr. Clean, the hazmat gang,
Descended on my stockpiled rooms
Equipped with buckets, mops and brooms;
Then came the Lifetime Channel crew,
Nosy neighbors in a queue,
A shrink to rouse me from my funk,
A blue container for my junk. 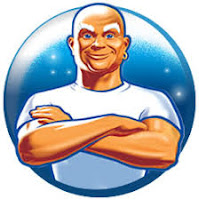 My lucid dream was such a load
It contravened the building code;
The floor gave way and I was thrust
Into the cellar’s dark and dust;
My dolls, unseated from their shelves,
OMG’d among themselves.
My tax returns, my water bills,
My overrated sleeping pills,
A platform shoe, a roller skate,
Some weed from nineteen sixty-eight,
Came crashing down upon my brow.
I was in deep, deep doo-doo now.

I tried to move, but I could not,
For every thing I’d ever bought
And stashed and never used or worn
Had come to haunt or else to mourn.
Then all at once I heard the sound
Of first responders. I’d been found!
And while I waited for release
An unexpected sense of peace
Suffused my soul from head to toe
Amid the strains of Let It Go.
Right then I knew I’d be OK,
I’d live to die another day.
And though determined to be free,
I ached for one last shopping spree.

I longed for Michaels’ bric-a-brac,
The tees on Walmart’s close-out rack;
The bagatelles, the bibelots,
The fripperies and furbelows;
The pennies waiting to be found,
Action Comics by the pound;
Photos, trinkets, objets d’art,
Souvenirs from near and far.
For soon I’ll be the feng shui queen,
My kitchen will be squeaky-clean;
Each item in its proper place,
A plenitude of breathing space,
The clutter gone, I’ll cease to hoard,
Sterility its own reward.

How can I bear it, lying here,
While overhead they joke and jeer,
calling me batty, boffo, flake,
chucking that piece of wedding cake
I’d saved for forty years (inside
the freezer) with its groom and bride.
O, multitude of multisets,
Belovèd Johnny Cash cassettes
That I shall never, never see
Again! O, save just one for me!
O God, I cried, forgive my sin;
Don’t send me to the loony bin!
Then suddenly I overheard
A conversation, word for word:
My terrifying fall from grace
Had been declared a hopeless case.

I listened closely. They were gone.
My prayer was answered. Thereupon,
García Márquez’ ghost appeared;
He took control and commandeered
Each pink flamingo, garden gnome,
Each knick-knack in my Home Sweet Home;
He made them fly, he made them dance,
He put my spirit in a trance.
Was this a reverie, a spell,
Or was it rapture? Who can tell? 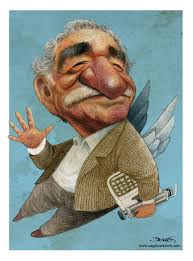 I know not how such things can be;
I only know there came to me
A redolence of stinky cheese
Disguised by droplets of Febreze;
A sound I could not quite divine—
A squeal, a scratching and a whine.
The mouse! I wasn’t dreaming, then!
Awakened in the world of men
And women, I was tickled pink—
It all was there: the kitchen sink,
My slippers, none the worse for wear,
My seventh set of Tupperware;
A paint-by-number aquarelle,
Three hundred rolls of Cottonelle.
The Stars and Stripes, the Christmas wreath,
Two grown-up children’s baby teeth;
My mother’s brooch, my father’s hat,
Ten tokens for the Laundromat;
A yearbook, gold and navy blue,
A rose pressed to page forty-two.
My vision of the spic-and-span,
The grim and greedy garbage man,
Had served to vindicate my itch:
I was the paragon of kitsch. 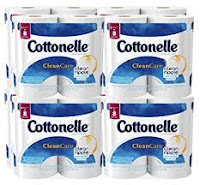 Ah! Up then from the floor sprang I,
Exclaimed Yeehaw! and slapped my thigh;
I let my hair down, lived it up,
Swilled bourbon from a coffee cup.
I frolicked in my birthday suit
And didn’t give a fuck or hoot;
I hugged the ground, the grass, the trees,
Oblivious of Lyme disease.
Inebriate with happiness,
I’d realized that more is less.
My confidence at last restored,
I jumped for joy and praised the Lord.
Each Hallelujah!, Cohen-style,
Made recent wretchedness worthwhile;
I felt that God had made me see
The elegance of entropy,
The value of the button box,
The brass of she who understocks.
And as I said my last Amen,
And disavowed the cult of Zen,
In natural affinity
Wee beastie smiled and clicked with me.

Diogenes slept in a jar;
I may start sleeping in my car;
For I have crammed my closet space
With foibles of the human race.
Life often splits the soul in two,
And makes off with one’s honey-dew;
It sours the milk of Paradise,
It wrecks the plans of men (and mice).
North and South and East and West
Are jam-packed with the dispossessed;
And she who stacks her beauties high
Will tumble with them by and by. 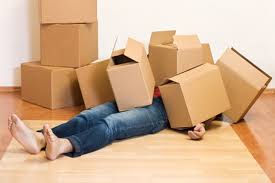