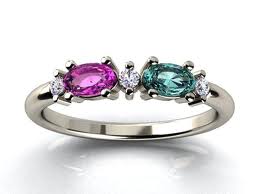 I'm pleased to announce that my poem, "Mother's Day", has been reprinted (with permission) for the fourth time! This most recent appearance is in the current issue of Victorian Violet Press . The poem was first published by First Things (Number 167, November 2006) and subsequently in the anthology, Grace Notes in 2010.

"Mother's Day" was printed on a card and distributed to marchers and vigil participants at last year's  March for Life. After its appearance in First Things, a medical doctor from the Midwest was moved to write me that the poem had made him "gasp" in admiration.

The poem is included in my full-length collection of poetry, Lines of Flight (available through Amazon and Barnes & Noble), and will also appear in my sonnet chapbook, This Sweet Order (Victorian Violet Press), later this month.

I hope you'll click on the Victorian Violet Press link above and read the poem, as well as many other wonderful poems by friends and colleagues.

Thank you, Karen Kelsay, for choosing to reprint this poem.