Publishing a volume of verse is like dropping a rose petal down the Grand Canyon and waiting for the echo.   (Don Marquis)
If any of my poetry friends are interested in writing and publishing a review of Lines of Flight, I invite you to contact me at: catherine.chandler.poetry@gmail.com
So far, reviews have appeared or are scheduled to appear in: The Raintown Review, New Walk, Shit Creek Review, First Things, and Alabama Literary Review - venues originating in the US, the UK and Australia. Still waiting for a Canadian reaction . . .
The book is also reviewed in the Foreword by Rhina P. Espaillat here.
Posted by Catherine Chandler at 1/17/2012 10:33:00 AM No comments: Links to this post 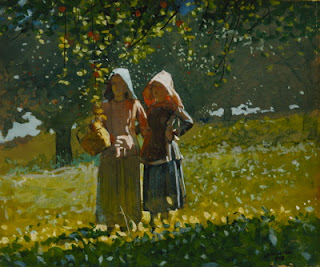 Fatal Interview Sonnet XI - "Not In A Silver Casket"

Not in a silver casket cool with pearls Or rich with red corundum or with blue Locked, and the key withheld, as other girls Have given their loves, I give my love to you. Not in a lovers'-knot, not in a ring Worked in such fashion and the legend plain-
Semper fidelis, where a secret spring Kennels a drop of mischief for the brain: Love in the open hand, no thing but that, Ungemmed, unhidden, wishing not to hurt, As one should bring you cowslips in a hat Swung from the hand, or apples in her skirt, I bring you, calling out as children do: "Look what I have! - And these are all for you."
Posted by Catherine Chandler at 1/15/2012 11:58:00 AM No comments: Links to this post 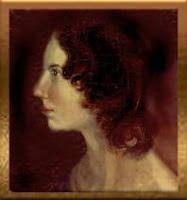 sub rosa
There were two: shy “Emilie”, quiet “Ellis”.
One assumed a masculine name to mask it;
one dropped sweets and messages in a basket
over the trellis.
Boy or bee, the Belle would take rules and bend them
with her slant on rhythm and rhyme and nectar.
As for Ellis, no one would dare respect her
should she offend them
with a tale of blustering heights of passion
written by a maidenly preacher’s daughter.
One despaired of finding an imprimatur,
wearing an ashen
wardrobe,  watching,  stitching her words together.
Dreams of Gondal! Dreams of a secret lover!
Still the skittish poet(ess) runs for cover:
birds of a feather
may in mortal fear of the prejudicial,
even now, when tempted to seek admission,
approbation, countenance, recognition,
use the initial. 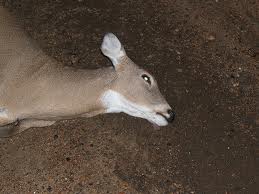 By January he begins to spot
the whitetail, lying still along the shoulder
of Pennsylvania’s roads. As days grow colder,
winter gives the trucker food for thought.
He rolls by, shakes his head as if to say,
Dumb animals, continues on his run
to Scranton, barrels down Route 81,
where loaded semis claim the right-of-way.
He wonders at the annual mistake,
this wandering from woods and hills, and whether,
despairing of alder, tamarack and heather,
a starveling doe, this snowy night, will break
into the clearing, freeze in the headlights’ glare,
pay for desire with blood and bones and hair.
(first published in The Flea, July 2009)
Posted by Catherine Chandler at 1/11/2012 10:07:00 AM No comments: Links to this post

From the Ends of the Earth 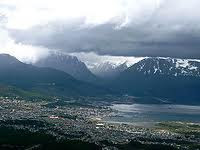 The Dogs of Ushuaia
In search of the exotic I had flown
as far as Ushuaia. I would see
the penguin and the lenga, for I’d grown
accustomed to the birch, the chickadee.
I crossed the Beagle Channel, met the prince
who sails upon the air, immersed my mind
in images I trusted would convince
myself I’d left the commonplace behind:
the Southern Cross at midnight, and the way
the cordillera bears from west to east,
how wind and weather shift throughout the day –
a poet’s fodder, at the very least.
And yet, in retrospect, what I recall
most often when I need the proper noun
is not Olivia or Martial,
but intimations of a downhill town:
a bleak, forsaken prison, silent bogs,
a landscape ravaged by the beaver, frail
impromptu housing, countless scrawny dogs,
a monument to the Malvinas, stale
abandoned factories that bear the brunt
of empty promises, a roadside shrine
to plaster saints, a tourist’s waterfront,
complete with tourists from the steamship line.
Though many miles from home, this land would show
that there is really nothing new, indeed,
under the sun, beyond the point of no
return, beyond the calafate seed,
beyond all hemispheres, beyond each pole,
beyond the boundaries nations call their own.
The dogs of Ushuaia hound my soul
and gnaw upon it, as they would a bone.
(Ushuaia, Argentina, January 2004)
Poem by Catherine Chandler, originally published in Umbrella, Summer 2007
Posted by Catherine Chandler at 1/10/2012 03:14:00 PM No comments: Links to this post

There'll always be working people in my poems because I grew up with them, and I am a poet of memory.  (Philip Levine) 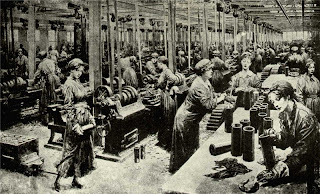 Lines
For Manon, wherever I may find her
The shop floor foreman hasn’t got a clue
to where the new employee’s coming from –
the incense and the ice of Xanadu,
the flame and fury of Byzantium.
He knows for sure she doesn’t give a shit
about the piecework in her packing crate –
she checks the clock; at five, she’s first to split.
It’s no damn wonder that she can’t make rate.
He’s noticed, too, the woman can be seen
each morning, scribbling in a steno pad,
an island in the boisterous canteen.
Whatever’s eating her, she’s got it bad.
He’s right. Her day job’s pretty hard to take
with grace and grit; and she won’t last too long,
demanding honey-dew on coffee break;
for no good reason, bursting into song.

Painting is silent poetry, and poetry is painting that speaks. (Plutarch) 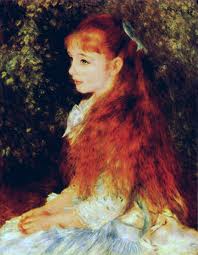 She looks complaisant, with her dainty hands
demurely on her lap. Red hair cascades
below her waist. Her countenance demands
one disregard the backdrop’s somber shades

to focus on the eyes, the vacant gaze,
the incandescent skin, the perfect nose,
the brow she has a tendency to raise,
perhaps in mild impatience with the pose.

And then, there is the mouth – the winsome curve,
a smile almost incongruously sly.
But now let’s take a closer look. Observe:
Irène will bear two offspring who will die,

one in the downing of his fighter plane,
one of Zyklon B at Auschwitz.
Not yet sophisticated, cool, urbane,
in blissful ignorance the young girl sits.

Renoir declared that art must aim to trace
the pleasant, pretty side of life; and with
a stroke of genius, turned a poker face
into an icon in the realm of myth.