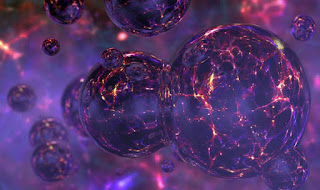 The news about the first photograph of a black hole reminded me of my villanelle, "Multiverse", first published in Think: A Journal of Poetry, Criticism, and Reviews, Spring 2017, Volume 7.2.

The poem will appear in my forthcoming book, Pointing Home (Kelsay Books, 2019). Here is the explanatory note:

Multiverse. George F. R. Ellis, philosopher and cosmologist, remains skeptical of the existence of the multiverse. Nevertheless, he writes: Parallel universes may or may not exist; the case is unproved. We are going to have to live with that uncertainty.— from “Does the Multiverse Really Exist?”, Scientific American (August 2011). Beth Davidson was a childhood friend of John Lennon and the inspiration for the line about the pretty nurse in the song Penny Lane. Beth Davidson went on to marry John’s best friend, Pete Shotton, and she remained a member of the Beatles’ close circle of friends until her death from cancer at the age of thirty-five.

And though she feels as if she’s in a play,
she is anyway.―John Lennon, Penny Lane

The pretty nurse in Penny Lane is dead.
She played her part until the curtain fell.
Or is her troupe booked somewhere else instead?

Although those notes are earworms in my head—
the trumpet solo and the engine bell—
the pretty nurse in Penny Lane is dead.

The barber and the banker long since fled
the roundabout. The fireman as well.
Can they be working somewhere else instead?

The neighborhood’s a tourist trap, it’s said;
no poppies like the ones she used to sell.
The pretty nurse in Penny Lane is dead.

Or is she? Maybe we have been misled,
and other Penny Lanes spin, parallel,
in quantum time, to other tunes instead.

I’m clinging to one final, chronon shred
of hope. As far as anyone can tell,
the pretty nurse in Penny Lane is dead,
and may be living somewhere else instead.